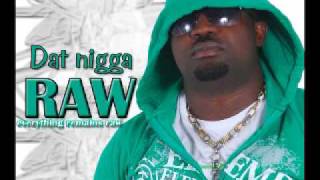 Okechukwu Edwards Ukeje, better known by his stage name Mr Raw (formerly Dat N.I.G.G.A. Raw), is a rapper from Southeastern Nigeria.[1]He is often regarded as one of the pioneers of Igbo rap, a genre that now appeals to a broad, mainstream audience. Born and raised in Enugu, he gained prominence during the early 2000s rapping in the Igbo language and Pidgin English.[2]

Raw’s debut studio album, Right & Wrong, was released on 7 August 2005; it experienced commercial success and helped propel him to the next level in his career.[3] A second album Everything Remains Raw followed in 2007, paving the way for future performers in the genre. His third studio album End of Discussion was released in October 2010. The album yielded the hit song “O! Chukwu” whose music video won Best Afro Hip Hop Video at the NMVA Awards that year.[4]

Despite his fame as a solo artist, Raw has collaborated with numerous other musical artists including Flavour N’abania, Duncan Mighty, Phyno, Illbliss, 2Face, M-Josh and Slowdog.[5]

Chinedu Okoli (born 23 November 1983), better known by his stage name Flavour N’abania or simply Flavour, is a Nigerian singer, songwriter, multi-instrumentalist and performer. He began his musical career as a drummer for a local church in his hometown of Enugu State. Flavour is popularly known across Africa and the world for his hit song “Nwa Baby (Ashawo Remix)“. He is currently signed to 2nite Entertainment.

In 2005, he released his self-titled debut album N’abania. In 2010, Flavour released his second studio album Uplifted. It was supported by the singles “Nwa Baby (Ashawo Remix)“, “Adamma“, and “Oyi Remix“. The album’s success made Flavour one of Africa‘s most sought out artists. Flavour was booked to perform at numerous concerts and social events following Uplifted‘s release.

by Mr Raw | Everything Remains Raw

This site uses Akismet to reduce spam. Learn how your comment data is processed.